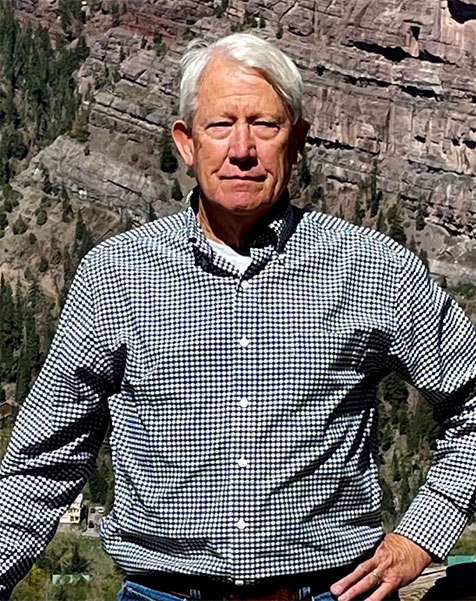 Born and raised in Texas, Mike moved to Colorado after graduating from law school in 1974. He started his legal career as a VISTA Volunteer attorney, and later, as a staff attorney at Pikes Peak Legal Services in Colorado Springs. In 1979, Mike assumed the co-directorship of the University of Colorado Student Union Legal Services Office. In 1981, Mike joined the faculty of the University of Colorado Law School, serving as the director of the University of Colorado Institute of Law and Aging, and as an Associate Clinical Professor of Law in the CU Legal Aid and Defender Program. In addition, while at CU, Mike served as an adjunct professor teaching evidence and trial advocacy. In 1983, Mike moved to Ouray, Colorado where he has practiced law since. During his time in Ouray, Mike has acquired extensive experience in all matters related to real property law, including real estate contract matters, easements, boundary disputes, condominium conversion, subdivision and zoning matters.